My Twitter feed alerted me to a new interaction – I’d been flagged in a tweet by @MarconiRebus containing a most intriguing photo: 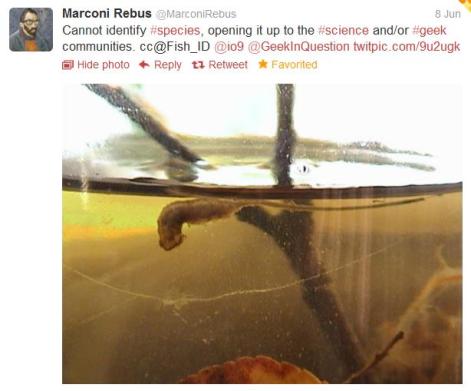 Whoa. That is one weird bug!

Aquatic insects do have a tendency to look weird and wriggly, but this long-tailed beastie was nothing I was familiar with; also, the photo was coming from overseas, making this ID challenge potentially tricky.

Luckily, that snorkel-butt was an incredibly useful character for narrowing the ID down to one insect Family. There are a number of aquatic insects that use a similar apparatus for breathing, but none that I’m aware of that look quite so wormy. A search turned up a most awesomely-named fly larva:

You gotta love that name; it conjures up so much “EW”! 😛

The Rat-tailed Maggot is the larva of a drone fly (Eristalis sp., Syrphidae).  Syrphids are generally known as “hover flies” for their ability to fly in place. The adults tend to hang out near or on flowers, and many mimic bees.

See Miles’ comment about this photo, below – I made a boo-boo! Thanks, Miles! 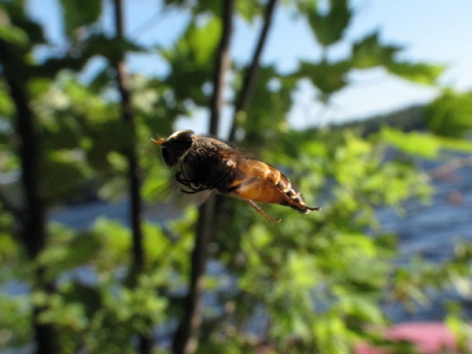 Arthropods, Diptera (True Flies), Insects, What's This? diptera, Fly, Nature
← If science is cake, then this is the icing… Photo Friday: not a bug, but eats them →