Hey Geek, what’s this? An ant that’s not…

This mystery was passed on to me from a friend in Texas, who fields the “what’s this bug?”-type inquiries that are sent to his place of employment.  The email subject line was: “Challenging ID“, and this message and lovely photograph from Kimberley were attached:

I was hoping you could help me identify what type of ant this is. I have seen a few on the black eyed peas in my garden, they are always alone. I would estimate they are about 1/2 inch long, maybe a little bigger 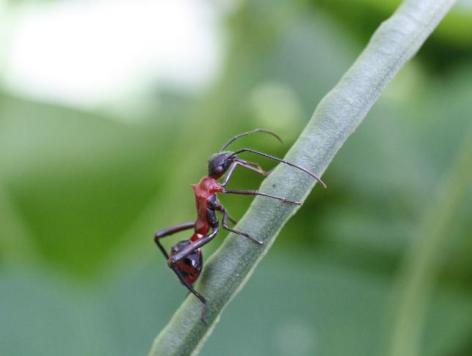 Now, my friend already knew the answer. “Here is a tough one,” he said. I considered this to be a fun little test from my respected colleague, so I was all, 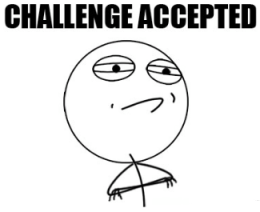 The first thing I found myself doing was counting “stuff” at the head end of this critter. I was reminded of the time we took our three-legged dog to a friend’s bbq, and caught another guest staring at our pooch from across the yard with a perplexed look on her face, saying aloud, “Oooone….twooooo…three.  One…two…three?”

Similarly, I count three dangly bits hanging off this insect’s face – two antennae and … a proboscis. Last time I checked, ants did not have sucking mouthparts,

This is not an ant at all; the mouthparts are a dead giveaway for something in the Hemiptera. Since it doesn’t have fully developed wings, it must be a juvenile, or nymph.

Putting all the pieces together:

I’ve been able to come up with what I think is a pretty good guess of this critter’s identity:

This insect looks remarkably different as a juvenile than as an adult (see some images here) and the juveniles show a wonderful range of coloration. The only species in the genus found in Texas, these insects are known to feed on legumes and other plants with seed pods, like milkweeds.